First flight to Delhi and a dream called Orcha

It was started from a usual googling and my eyes struck on a marvelous architecture in my screen. Then started hunting the images and the travel possibilities. It was in Madhya Pradesh and with my number leaves and it's not possible to go and come back in five days. Research goes on whenever I get time to google. August 15th was reaching and the tri color flag was started appearing every nook and corner. Then the new desired raised in mind. To see flag hoisting in the red fort. Then the next thought, why can't I compile it with Orcha. Stretched out Indian Map on the screen. Measured up and down with 5 days and got a full tight-full packed itinerary. Next was booking flights which were completely new to me. But somehow Goibibo made it easy but the auto cookies took my profile name Sajna Ali in ticket where I need to fill Sajina P. 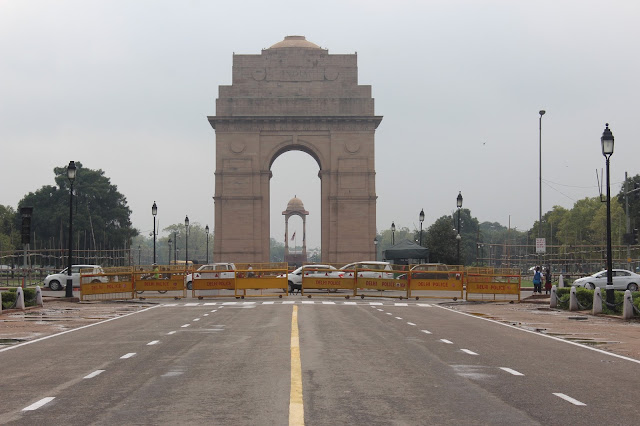 The first flight itself was too costly as I need to rebook the ticket with the correct name in ID cards. In between collected all the data about Orcha from a friend Haneefa who have been there and he offered a day at JNU too as he is doing his masters there. 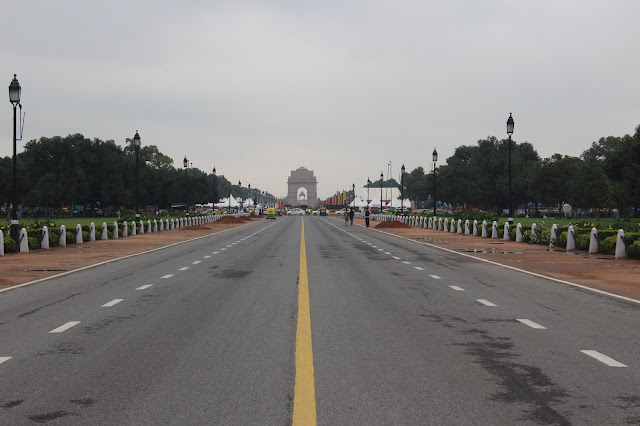 Flight from Trivandrum airport was early morning 5:20 AM. Friend Ram dropped me at departure gates and I was tensed and excited at the same time. Check-in was quite simple and was not that difficult as I thought. From there itself directions was everywhere, to move to security and then to respective departure gates. While boarding the flight I did what my fellow passenger did before me. The ticket was shown and sealed and I am buckled in my window seat. I can't see anything below. The cabin crew started explaining the security measures and in a while, we took off. 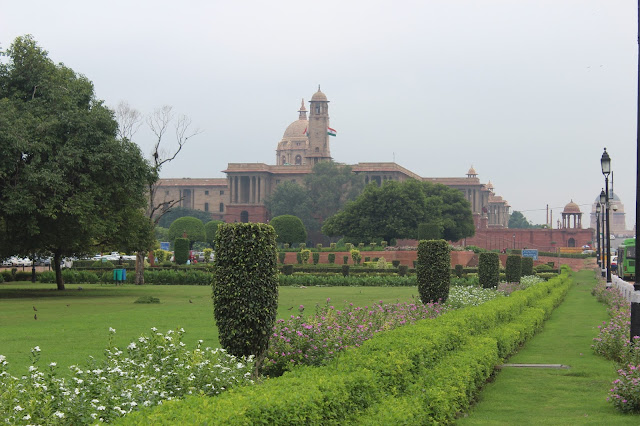 Long 4 hour journey caused a small headache as the pressure varied slightly. Safely landed at Delhi airport and came out of terminal for the shuttle bus to reach Metro station. In every 20 minutes, shuttle bus does services to the nearest Metro station. Checking the direction took tickets to New Delhi station. Where I started my metro journey the station was isolated but in New Delhi, it was crowded. Stood in a queue to recharge my metro card which was offered by a friend Akhil.
My destination was Raj Bhavan and following the multiple colored lines and signals, I got a train to Sectratreit. It was office hours and a quite rush time. In the crowd, someone asked me seeing struggling Am I first time in the Metro?. 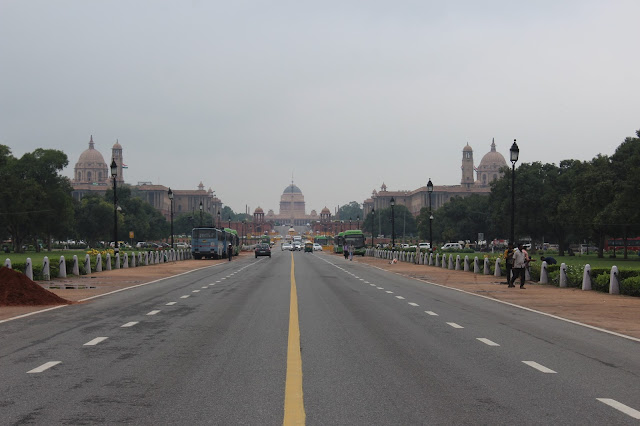 In less than thirty minutes reached the destination and came out of the underground station. It was drizzling but no need of an umbrella. I could see the towers of Raj Bhavan from where I stood. It made the walking easy. But my timing was not good as Independence day getting close, everywhere security and checking are strict. So watching Raj Bhavan in the 200-meter distance was in my luck and also the police near by was shooing off when I took my camera off the bag.

On opposite direction, it was India gate. It might seem close but 3 km away. In the whim, I started walking towards it and on the way met a government employee who helped me to take a photo with Indian gate in the background. Later I give up walking and hired an auto to the Indian Gate. There also the scene same. I can't go closer due to the security. Somehow got few photos and got an auto to next destination - Parliament. With another friend, Nirmal’s help got a pass to visit Parliament but when I called the concerned person, I have to wait 2 hours before it open. I was simply sitting and walking around the Raj Bhavan where Police caught me. Then it was numerous questions and advised me not to wander in that area. Luckily I got a call from Parliament security person (Nirmal call him Kumarettan so I am) and it was a walkable distance. He was waiting at the entrance. Everywhere one thing was in common - Photography prohibited. With the help of Kumarettan without waiting in the long queue, I was able to get it fast. Every 30 minutes visitors allowed there and today due to some VVIP visit few slots are filled.
I got in the queue which was taking towards the auditorium from where we can watch the Parliament going on. 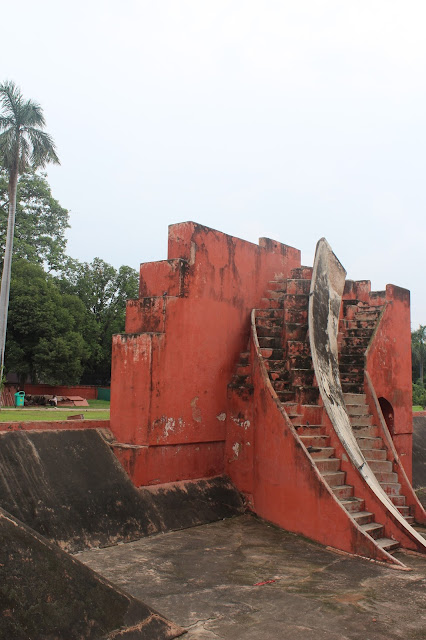 To be frank, I was tired and sleepy. In first ten minutes, I started dozing and this is also prohibited inside. Security was kept on paying me to stay awake. Somehow I made with the 30 minutes and came out to say thanks to Kumarettan. He recommended near by Kerala house for lunch.

After lunch next plan Google told me to visit Janthar Manthar and it was a walkable distance from where I had lunch. Following Google map, I found the place. The primary purpose of this observatory was to compile astronomical tables and predict time and movements of sun, moon and other planets. The structures of Delhi decayed eventually and now the Ram Yantra, Samrat Yantra, and Jayaprakash Yantra are the distinct instruments of Jantar Mantar. 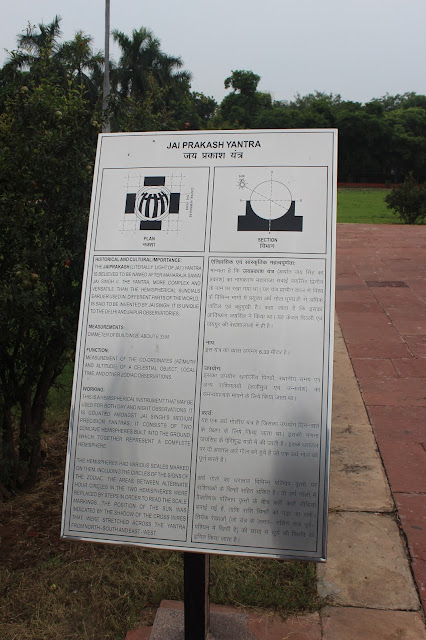 After Jantar Mantar, there was not much time left to catch my train to Jhansi. It was from Nizamudheen station and it was close to the time when I reached the station and got on the train. As it started heading to Jhansi, it was late. The right time was 9 PM and it reached around 10 PM. Booked hotel was close to the station but walking one-kilo meter not seems safe so hired an auto rickshaw. The driver offered me some low rate hotels for reference and even checked one on the way. Somehow it didn't feel comfortable and Hotel Rishabh offered me that comfort when I check in. After the dinner soon my head hit the pillow I fell asleep.