Warangal's second day and I have to pack bag and check out hotel before I start wandering today.
As I mentioned in my previous blog of "Kakatiya Purana", there was a confusion on the payment and finally after a lot of argument in broken Hindi and in English I have to pay full amount. (For the already paid amount Stayzilla offered me a voucher later) 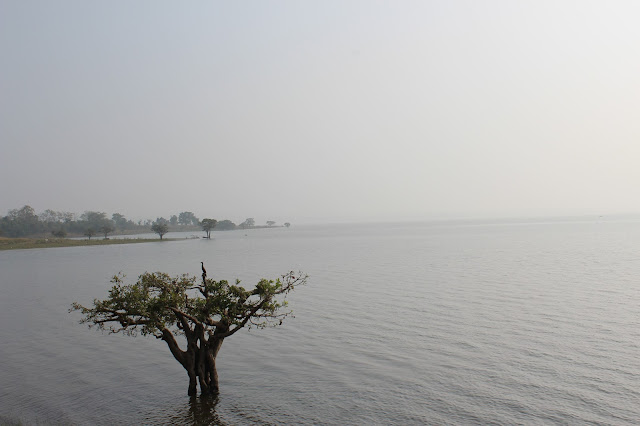 Taxi which was arranged with a little effort of Googling after previous night's dinner, found at the downstairs of hotel waiting for me. It was 7 in the morning and most of the shops are closed and the city was slowly waking into a lazy weekend. We left the city in few minutes and started riding through the outskirts of Warangal. Driver, Rajith was not familiar with Hindi or English but still communication was happening. 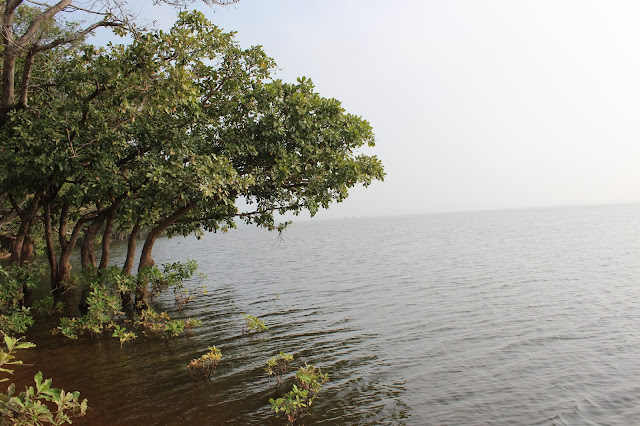 The lines of shops replaced by misty and yellowish rice fields on either side of my cab. It was hard to leave the place without a click. Rajith stopped vehicle beside one of such rice field and I soon stepped into to cow dung which was close to passenger side door of my cab. Then it was a quite an effort to clean it but without water and the available short bushes over grown there. After a while, enjoying the weather and few snaps I got back to cab. 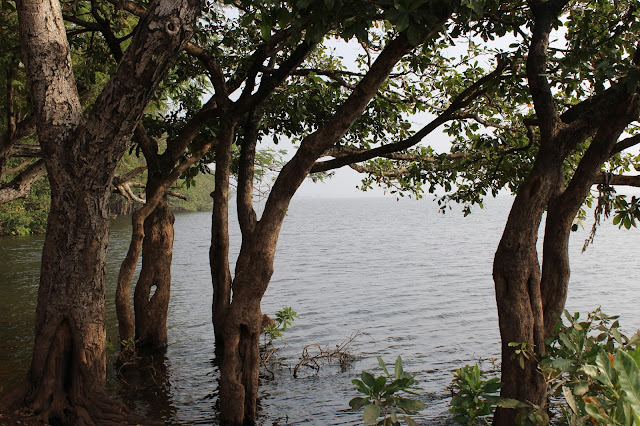 72km drive was supposed to get at least 1.5 hour as per my calculation but we reached 30 minutes ahead and Pakhal's first visitor was me that day. A bunch of wild monkeys welcomes us and it was all over the cab when we halted near the lake. My driver my relief, otherwise I might be screening by now. 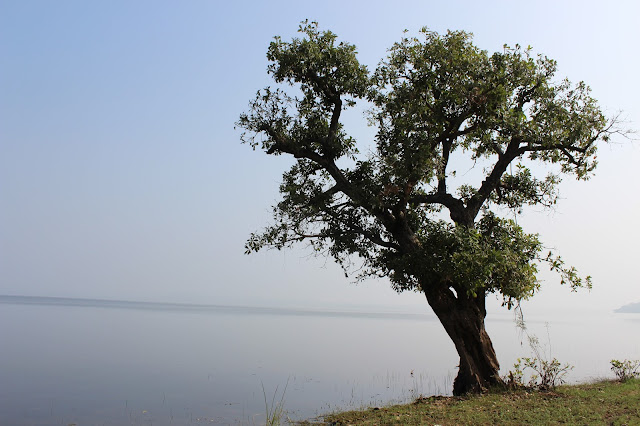 Rising sun's first rays was falling on at the surface of water. It was still cold and could't see the other side of lake. From one point to other point Rajith took me in car and at last at a point I chose to walk one kilo meter and choose to wander alone at the shore of lake. While enjoying the solitude I saw a board beside the rock where I stand, "Beaware of Crocodils". It was rusted along with time and painted in yellow with a green border. But still the warning take me back to my cab but by that time Rajith was out searching for me. 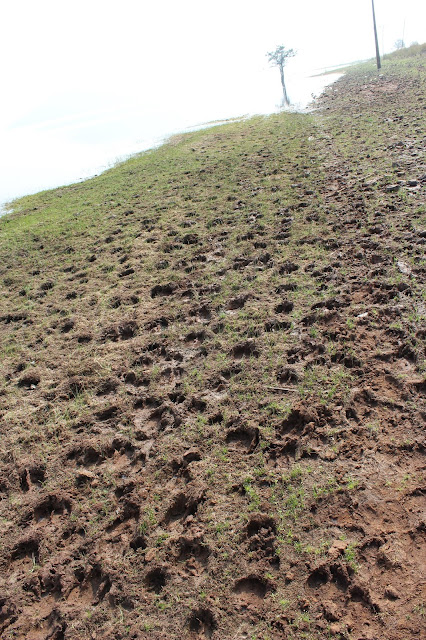 After few more minutes wandering, we moved to other side of lake. All the way many times I stepped into the broken pieces of Beer bottles. I have read about the place that people used to camp here, for few of them "enjoyment" is such type of activities, pitty on them! 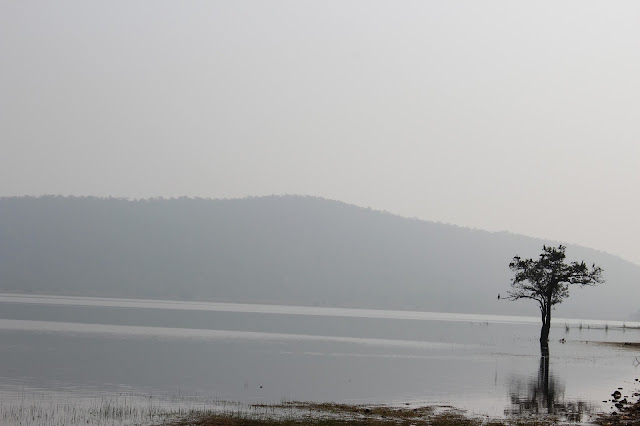 Pakhal wildlife sanctuary is closer but due to time deficiency I choose not to visit the place but spent litle more time at the bank of lake. Respect towards the Kakatiyans was adding up seeing the wonder. XXXX big lake was man made on previous century and it was one of the main water source for farming and other daily needs. Its still using but not for drinking purpose. I must say, if you are visiting this place, visit early morning. On later it will be too hot and in evening its not safe there. 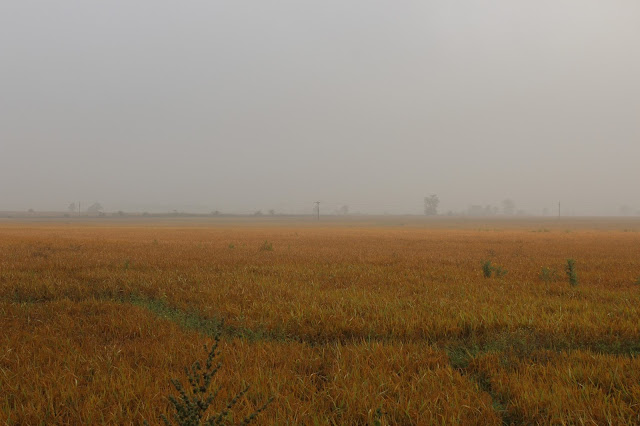 While walking across Rajith showed me few foot marks of "Tiger" in the mud. I partly belived that and can be chances.

Return train was at 1PM and Rajith was promised me to stop at one of cotton field on the way back. Cotton was budding in plants here and there as it flowers bloom in our courtyard garden. When he stopped vehicle at one of such "garden" I was running out like a kid. Didnt forget to pose for a selfy here and Rajith was watching all my gestures and laughing at car. Then I tried to behave myself and got back to vehicle. 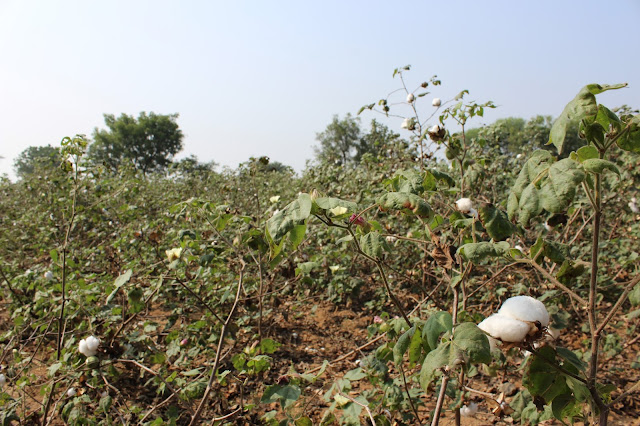 Return train back to Trivandrum was at 1.15PM and I was in hurry. Rajith was saying it will be always late by one hour but I dont want to take chances. He dropped my by 12.30 and he was right, my train came even more later, 4 hours. 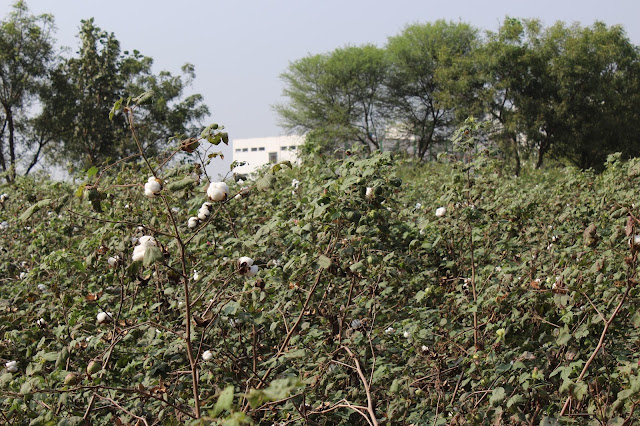 It was time to say bye to Warangal and on return journey met many more new faces again and turned new found friends. After all it was one of the added advantage of Solo journeys when you go alone and come back with new friends, rather go along with the existing friends.