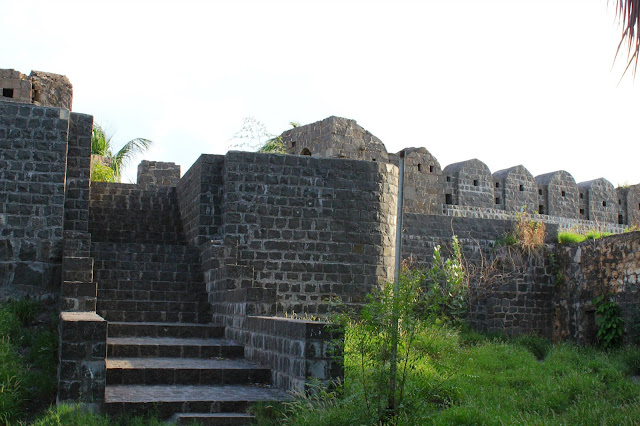 The hustle and bustle from Bijapur railway station (Which you can read in my post  "Lessons learnt while travelling") was got over when i reached Solapur railway station, 1 hour late. Time was 9.30PM. Solapur family with whom I traveled all the way got down and was insisting me to help with my back pack as I was holding their son in hand. It was huge rush. 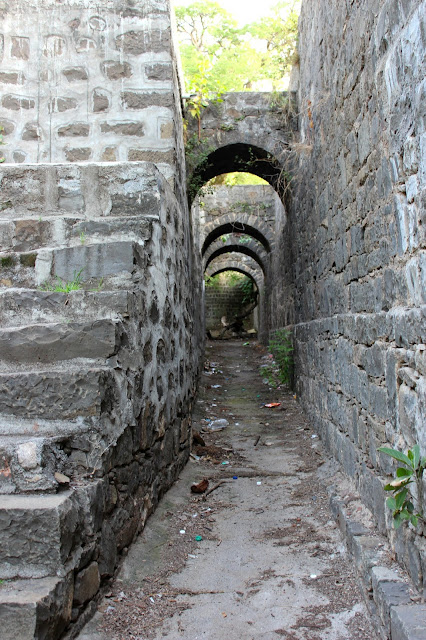 They directed me to the main platform where I can meet the station master for my retiring rooms. At the main Exit when they said good bye, they were making sure that my rooms
are confirmed and I am safe. After assuring them and ignoring their request to join them at their house, I headed to Station Master's room. Where another war was on! 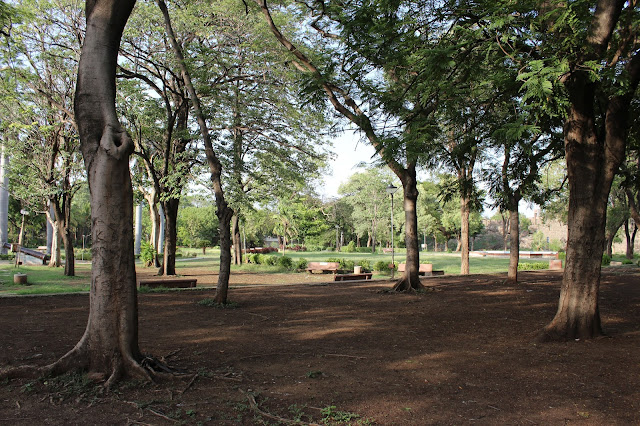 When he asked my confirmation ticket for room and my mobile network was dead to access my mail box and his desktop was lost with connection. After 30 minutes of waiting and arguing, finally I got internet in my mobile and showed him the ticket. 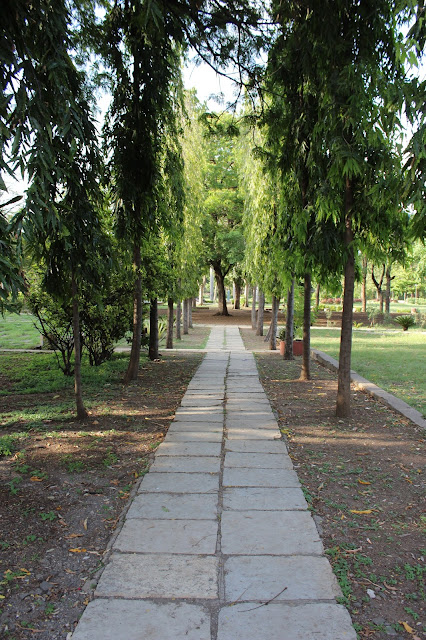 A room almost same as size of a 1BHK or may be bigger than that. Station was close to the main road in the city so the closed windows of retiring rooms was not enough. After one first round of cleaning I closed the curtains in long Venetian windows and door. 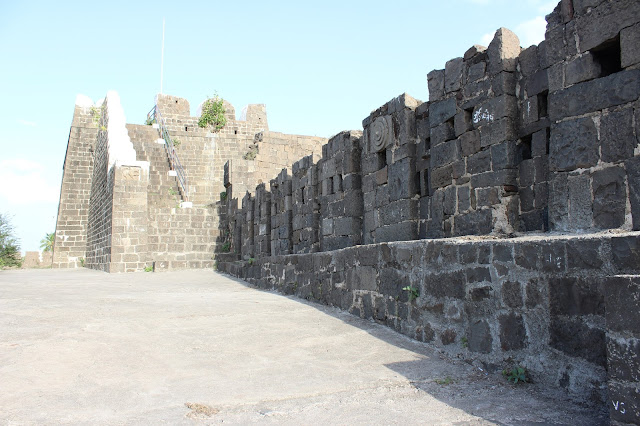 Before falling asleep, there was a beautiful thought in mind - yes after 7 days of wandering I am going home tomorrow. It was one of the best night in life and first time crossing another state- Maharastra, and the long tiring days made me sleep till 8AM next day and again I curled up in bed till 10AM as I don't have much places to visit in Solapur for the day. 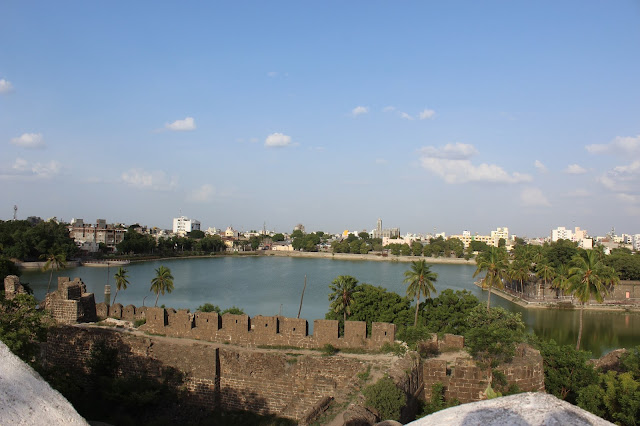 After a shower I stepped into railway platform, hunting for a restaurant. There I saw a hotel which was just opening for the day and I was their first customer. With the Maharastrian Tali I started my first day at Maharashtra. Bought a bottle of water and took my google map to see the Bhuikot Fort. Google map said its 2km from where I stood. Just for a try when i asked the Auto drivers in front of the railway station, their reaction was they haven't heard about it yet. Then I give up the idea of going in Auto and starting walking through the hot and dusty city of Solapur. 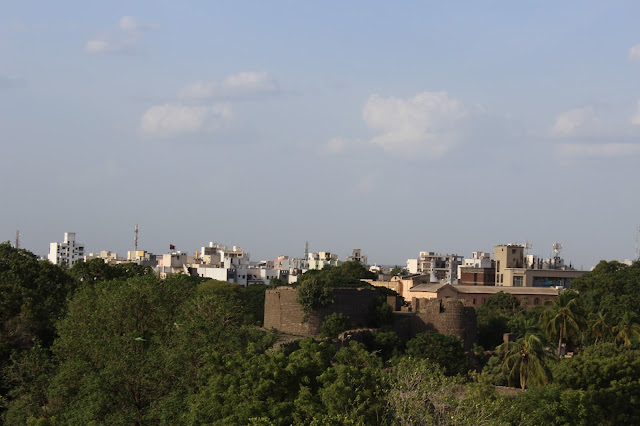 By the time when I reached my destination as my Google map said, I was all sweaty-wetty. There was no crowd in front of fort and no staffs or security any where. Then I spotted a small cabin close to the main gate. When I asked entry tickets, they said they wont let in single ladies to the fort. It was much disappointing. I told them that I am coming all the way from Kerala. Then they said to come and see in the evening after 4PM. Its not good to go alone at that time of day. I shook my head and started walking back. 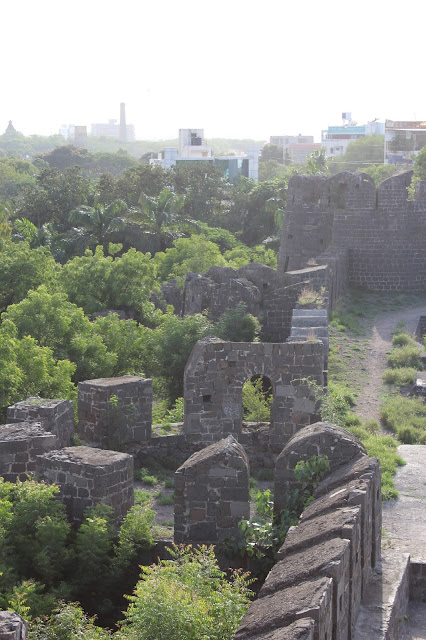 On the way back I checked in to an AC cyber cafe (hoo! it was heaven in that scorching sun) and transferred money to my booking agent for my tickets and just gone through Facebook page and mails. Then again got back to railway retiring room and slept till 3.30PM. My return train is at 12.45AM, so my afternoon nap might help me to stop dozzing at waiting room (that was in mind but proved completely wrong next time). 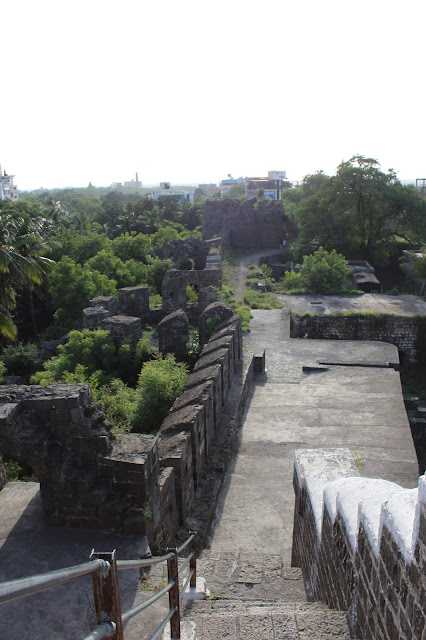 After a shower, I packed my bag and gone to the same Auto stand where I asked about the fort in the morning. This time when they said they don't know the route, I said I will direct them. There was a crowd of youth in front of ticket counter this time. I got my tickets and entered the Fort. 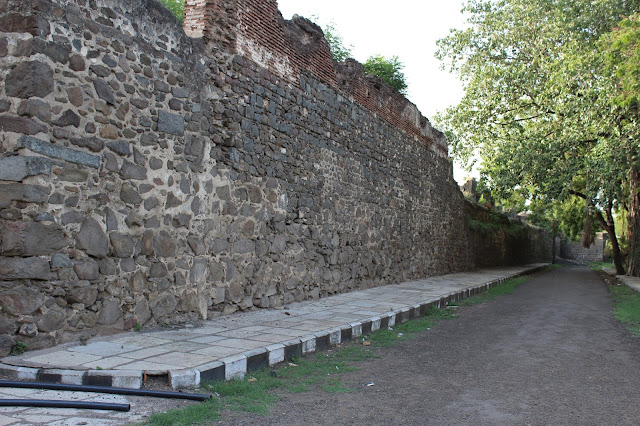 It is said that the fort was built in 14th century under the rule of Bahamani Dynasty, in the memory of Hutatma Bagh. As per the historians Aurangazeb spent quite some time in the fort. Once it was handed over to the Peshwas, Bajirao II also stayed here. Bahamani sultan built a temple in the fort that attracts thousands of visitors (Sidheshwara Temple which we can see from the top of the Fort). Its a good option for a evening hang out with family. 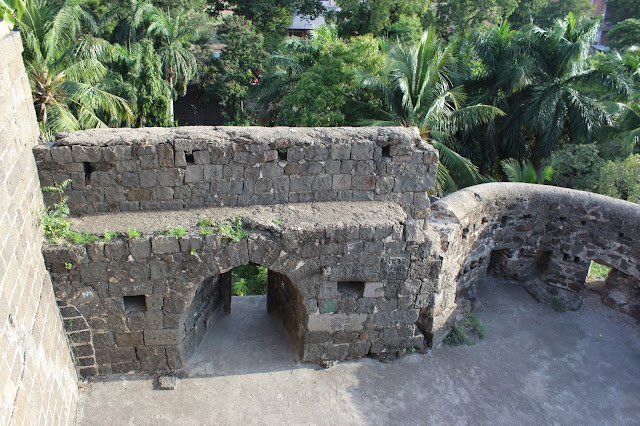 I started exploring each corner of Fort and then suddenly I felt like I left alone in that fort. No one is around and here and there someone whistling and calling someone's name in Hindi. I started stepping from one step to another, got few good clicks and visited all possible watch towers and main areas of the fort in short time. 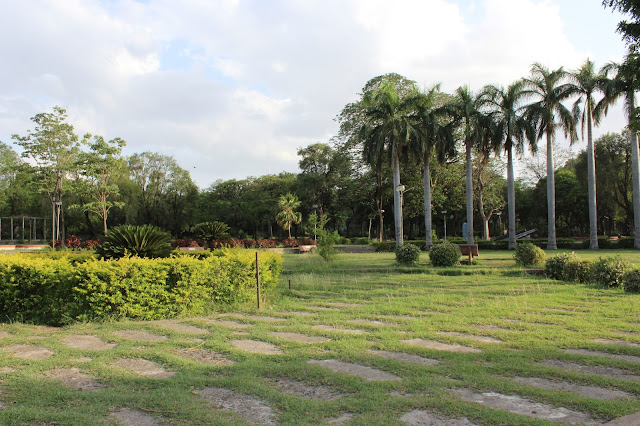 Security was right, the fort is not a good place for lonely ladies. I slowed down when I reached the main garden at the entrance and kept on clicking few more snaps. That time security asked whether this photo will come in next day's news paper. (The same question I faced through out this journey but this time instead of photographer they asked for a journalist :P ) 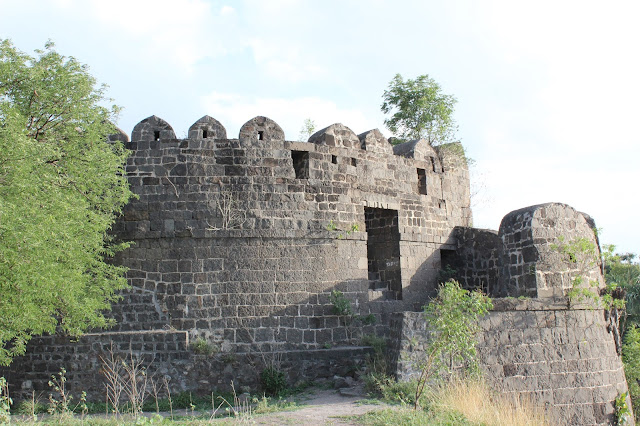 It was the last destination of the trip and strolled through the evening city, tasting local foodies till I saw the towers of railway station. 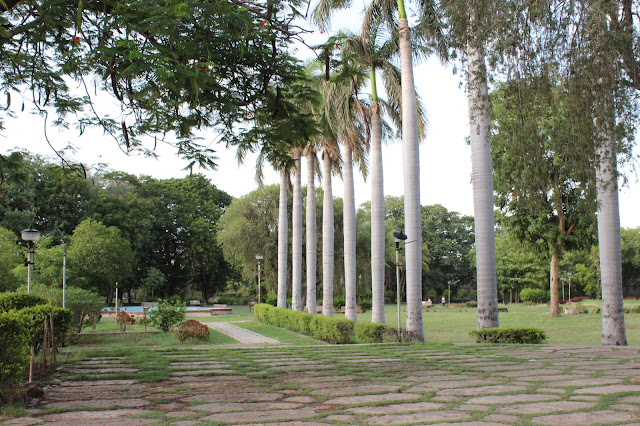 After reaching retiring room, once again confirmed everything is packed and spent the time in bed till 9.30PM (my 24 hour check out time). Then moved to waiting room, train was more than 2 hour late. Finally when it reached it was 2.45 and the happiness was cracking my head. Sleep was no where near when I look back the kilometers I came down and the places I visited and clicks that I have in my mobile...it was one of the best journey's end..and much more to come :) 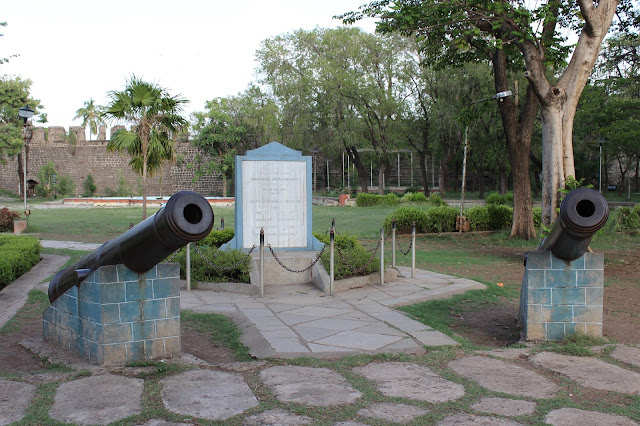