When my friend Prashanth, suggested me a place that had a very nice view for the weekend trip, I was confident. However, when I reached Perumathura, the place was beyond my expectations. It was absolutely a breath taking view! 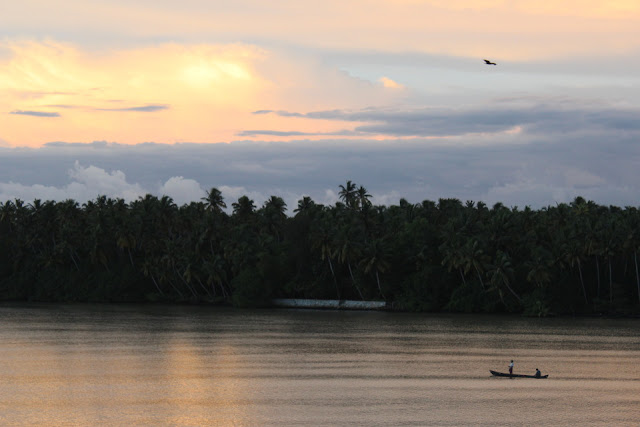 Perumathura is a nearby beach in Trivandrum. Our trip was about to be cancelled as many of those who were supposed to join us didn’t show up. Finally, it boiled down to us four – Prashanth, his friends and me. Unfortunately it became late when we reached the place, 5PM. On the way, Prashanth and his friends were explaining about the place. 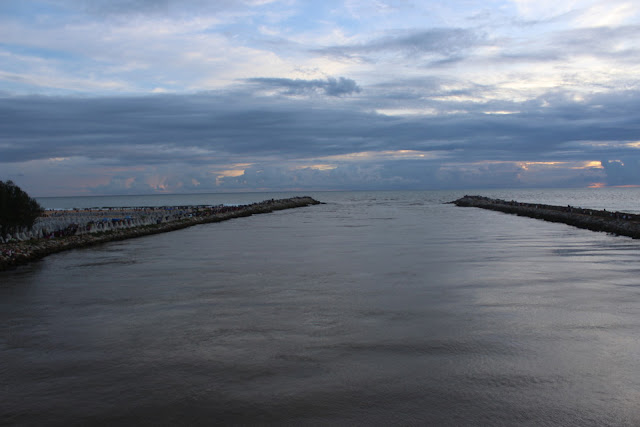 As it is weekend, they predicted that the place would be crowded and their prediction was true. Even before 1km, we were caught in heavy traffic and we were stuck in many places. Finally, when we managed to reach the place after dragging through the traffic, it took us another 30 minutes to get the parking space for our Santro (a small awesome car from Hyundai), that too at a very far away place. However, I managed to jump out of the car on the way! It's just because of the exhilarating view from the top of newly inaugurated bridge to Perumathura. (Hats off to Prashanth and his friends for making me witness this beautiful view!) 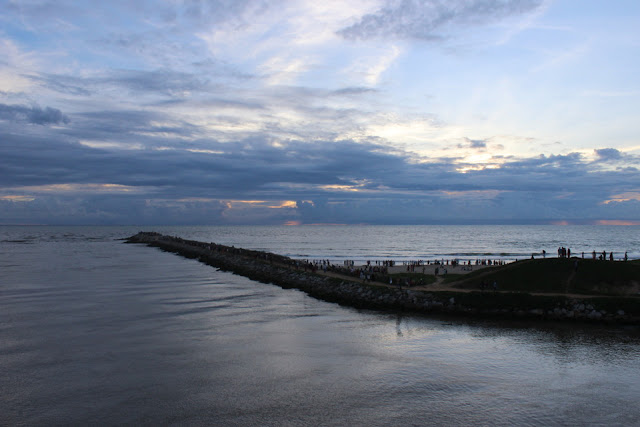 Until I reached Perumathura, I did not have any idea about the place except that it is a beach. The bridge was an artificial separation that separated the naturally beautiful lake on one side and the vast Arabian Sea on its other. As I stood on the “separation”, enjoying the view, Prashanth and his friends joined me. It was getting darker, the sky was cloudy and it was almost sunset. I was complaining that I couldn’t get much good clicks. However, as it’s a nearby place for me, I consoled myself that I can still visit the place again in the future. 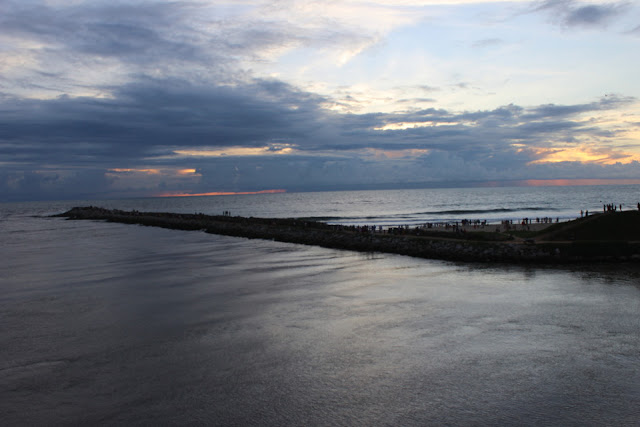 The crowd was overflowing everywhere. We walked along the shores and towards the pier. Lot of local people were fishing. On the spot fresh fish sale was happening too. It was selling like hot cakes! Police were present in most of the places watching the crowd. 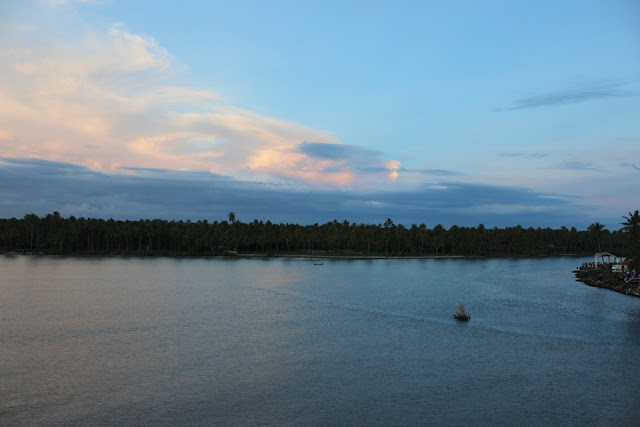 When the night fell, they started whistling and stopped people's entry into the pier. We cannot blame them, as the place doesn’t even have a single street light. Thanks to the passing vehicle’s light and some mobile's flashlights, (and my smile… just kidding) the place would have been plunged in absolute darkness. (By the way, as it was cloudy, we couldn’t see the moon or the stars). It is an emerging and a promising tourist destination in Trivandrum. 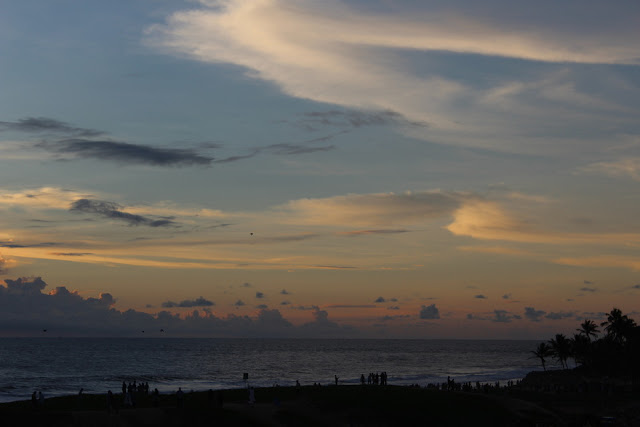 But  it is not famous now. In the earlier time, people from this side used to go the other end of city for an evening outing. But now, the city is coming back to hunt down this newly-born sea queen. The newly inaugurated bridge made this place this much attractive. Anyways, rather than going to the Shangumugham or the Veli beach, Perumathura is now an easily accessible beach to everyone, especially for those hailing from the Kazhakkoottam area- yeah, the place where I am staying right now :) 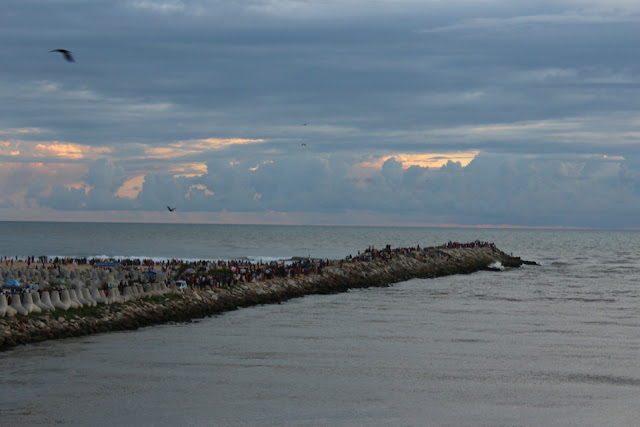