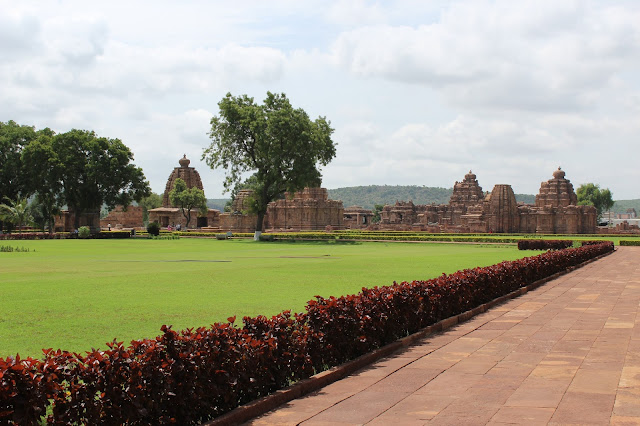 I started to Pattadakal at 9:00 AM. Can you guess the mode of transportation I opted for the travel, this time? Yes, A shared van! There were two reasons why I chose it:
1) It is a fast, frequent and low budget travel option and
2) It will give me a chance to interact with the local people. 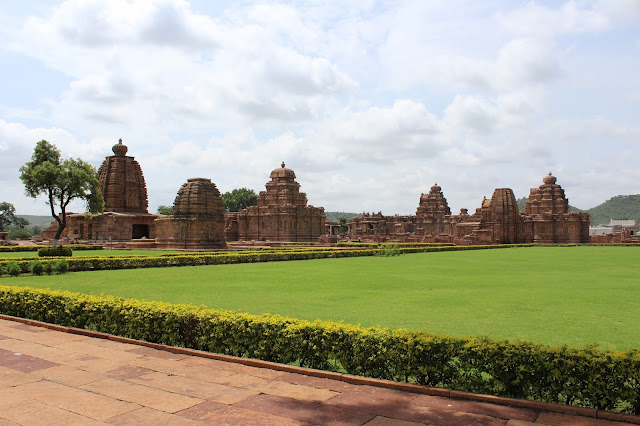 In the van, there were two twins with their mother. I sat beside them and talked to them. And till I reached Pattadakal, I was busy playing with Apoorva, one among the twins. She was playing with my fingers all the way long. It just took us hardly 30 minutes to reach Pattadakal. 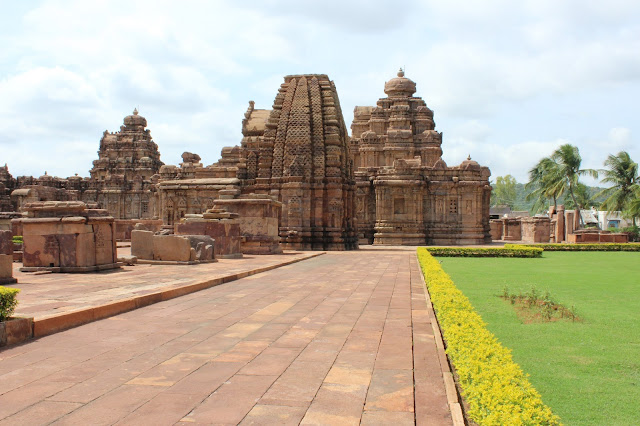 After saying goodbye to the twins and their mother, I entered Pattadakal, the capital city of the Chalukyan Empire during 6th and 7th century. It is situated along the northern coast of Malaprabha. There are ten temples over here. Out of these ten, nine temples where for worshipping Shiva and one was a Jain sanctuary, the Jaina Basadi. 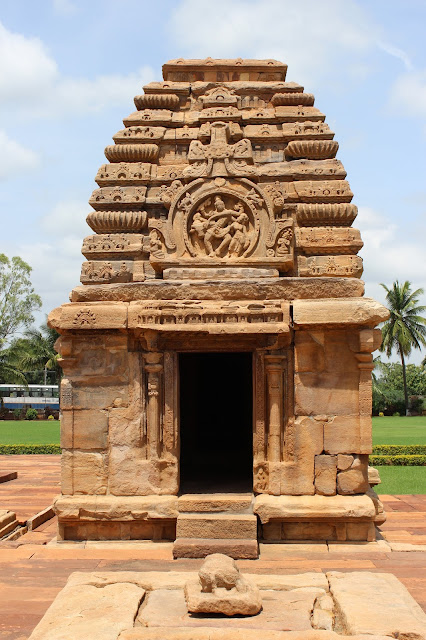 The Jaina Basadi is also known as the Jain Narayana temple and was built in the 9th century by the Rashtrakutas. It is surrounded by numerous small shrines and plinths in fusion with various Indian architectural styles like Rekha, Nagara, Prasada and Dravida Vimana. Among the nine Shiva temples, four were built in the Chalukya Dravida style and another four in Nagara style of northern India. The ninth temple, the Papanatha temple, was built in a fusion of the two idioms.  Pattadakal was the place where the Chalukya princes were crowned. It was earlier known under different names like Kisuvolal (which means Red Town. I think the place got its name may be because of the hills surrounding it!), Raktapura and Pattada Kisuvolal. 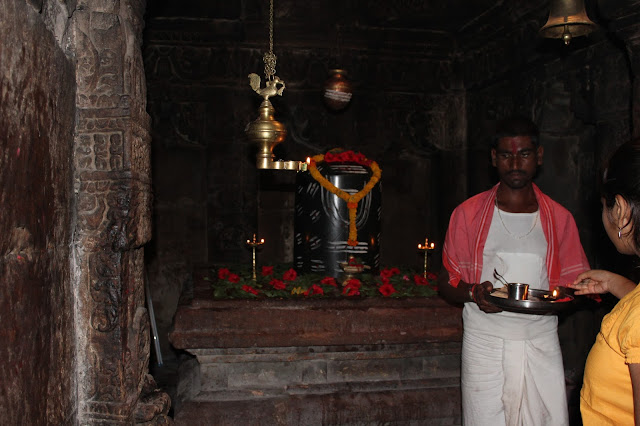 The biggest temple among the ten is the Virupaksha temple. This temple is believed to be used as a model to build the Kailasanatha temple at Ellora. The architect of this temple got titled as Tribhuvanacharya. The Virupasksha temple has three entrances. One from north, one from east and the other from the south. The temple complexes are situated in the midst of a beautifully maintained lawn. After some snaps and clicks, I decided to move to my next destination, Aihole. 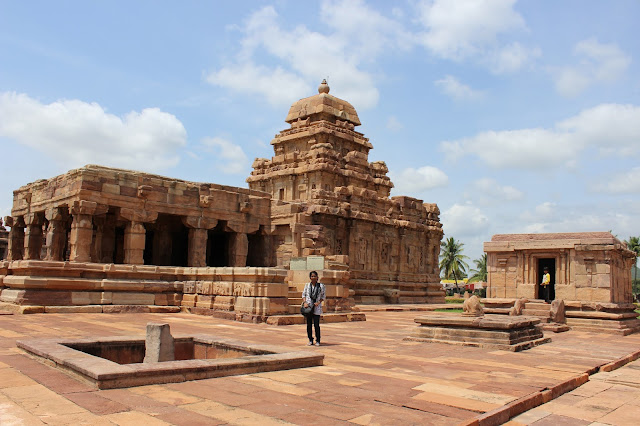 When I stepped outside the complex, I saw some ladies, who were living nearby, luring me to buy their homemade butter and roti. I gracefully ignored them and tried moving forward. But then, I thought of Aihole for a second! What if, I don’t get a chance to buy food from Aihole? So I looked back at one of the ladies and accepted her invitation to buy food. I asked her to get me something to drink. She offered me a litre of Lassi (Butter milk). As I clearly knew that this will be too much for my tummy to handle and I might face a lack of local toilets at Aihole, I bargained and ordered for half a litre of Lassi. After some chit-chat with the local guide, I eventually ate my lunch from the lady. The cost altogether was just 35 rupees! Finally after the joyous meal, it was time for the solo traveller to take her bag pack and her camera and start towards her next destination, Aihole. 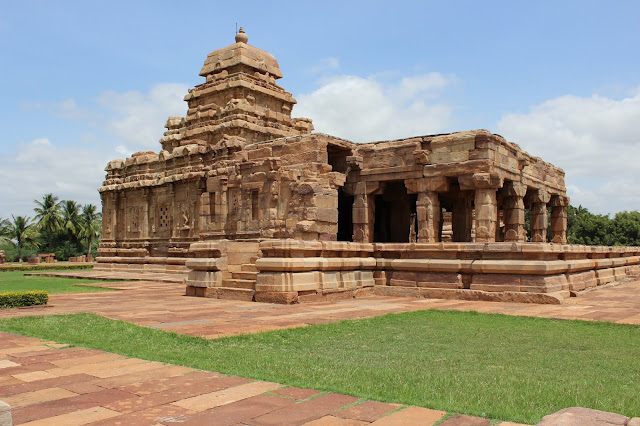 That’s all folks!!! So if you are planning to visit Pattadakal, I would suggest the following: 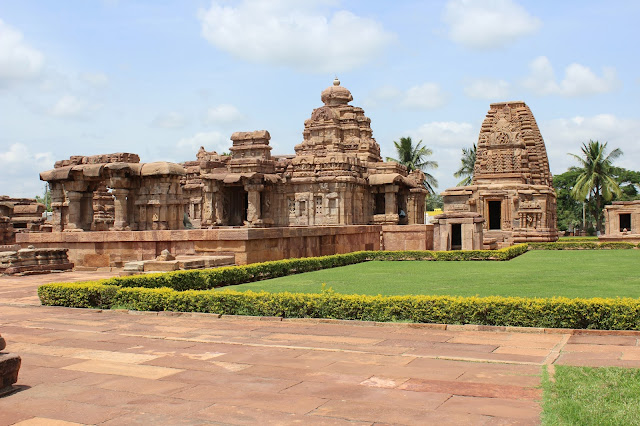 1) Take a share auto or van from Badami. It will just cost you 15 rupees and half an hour ;)
2) Planning to take your camera with you? The entrance fees will be 30 rupees. I think it is ok. At least you get to see the see the monuments and architectural experiments of the Chalukyans!
3) Pattadakal can be seen in just two hours. Even if you take three hours, it will not topple up your schedule for the day! I guarantee it!
4) Regarding the food, the place is crowded with ladies who sell homemade Roti’s and milk products like Curd, Lassi (Yeah, the Butter milk) and Ghee. 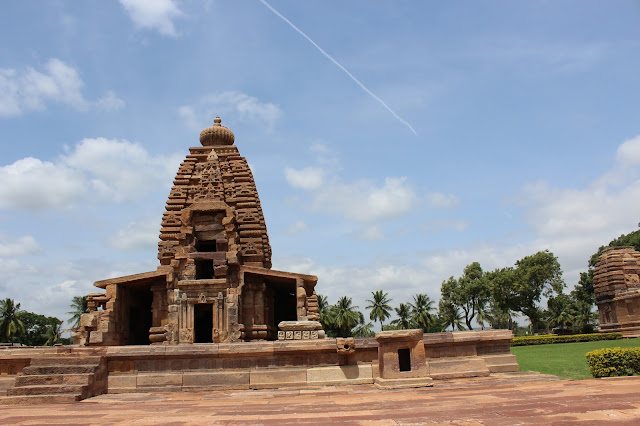 Near by places to visit: Badami and Aihole

So that’s all about my visit to Pattadakal. 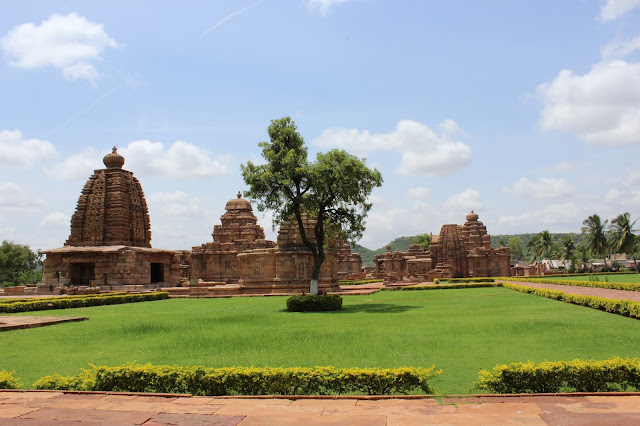